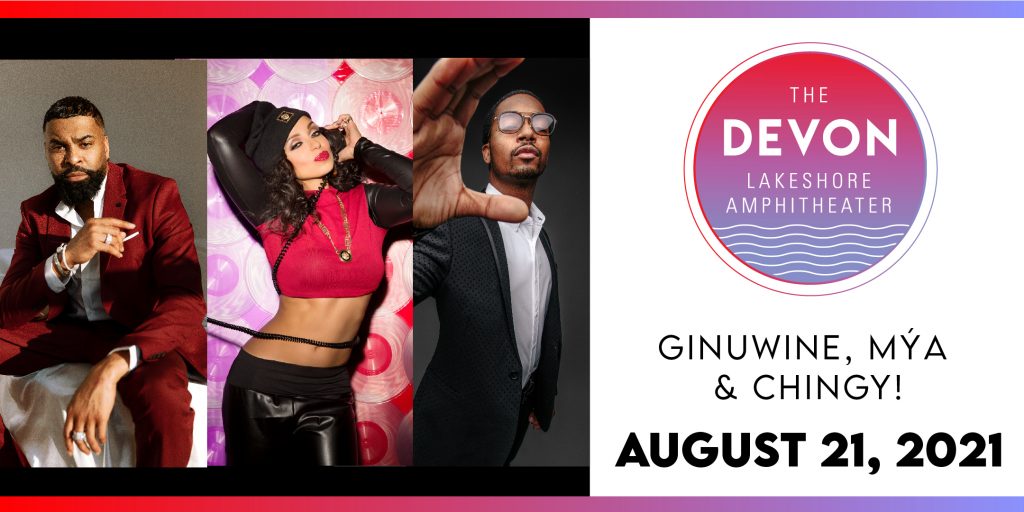 The Devon Lakeshore Amphitheater in Decatur, Illinois, is proud to announce the addition of Grammy award winning artist, Mýa to the headliner act Ginuwine with special guest Chingy to perform on Saturday, August 21, 2021.

“We are thrilled to add Mýa to the lineup of this show. It is something we’ve been working to get done since 2020 and are beyond excited to see her join these other talented artists on our stage,” stated Mike Wilcott, General Manager of The Devon.

Tickets are on sale now at devonamphitheater.com, by calling the Decatur Park District Administration office at (217) 422-5911 or in-person sales at 620 East Riverside Ave. Previously purchased tickets for the Ginuwine concert will include Mýa.

IDPH, CDC and Macon County COVID-19 guidelines may affect show details. If the event is postponed/rescheduled related to COVID-19, tickets purchased for the original show date will be honored for the new date. Refund options may be available.

Grammy Award Winning Artist Mýa celebrates 23 years in the music industry as an internationally known, respected singer, songwriter, producer, musician, dancer/choreographer, actress, activist and philanthropist. Washington, D.C.- native Mýa released her self-titled, double platinum, debut album, Mýa, in 1998. The album launched the then 18-year-old Mýa into the fabric of pop-culture. Mýa featured the massively successful singles “It’s All About Me,” “Movin On” and “My First Night With You” “Ghetto Superstar” & “Take Me There.” In 2000, Mýa released her second double platinum album, Fear of Flying, featuring the hits “Case of the Ex”, “Free” and “Best of Me.” In May 2001, Mýa collaborated with Christina Aguilera, Lil’ Kim, P!nk and Missy Elliot on a remake of LaBelle’s “Lady Marmalade”, which is featured in Baz Luhrman’s “Moulin Rouge.” Selling over 5.5 million copies, it became the most successful airplay-only single in history and won the Grammy Award for Best Pop Collaboration and went on to collect numerous awards.

Enjoy a night of R&B and Hip Hop with chart toppers Ginuwine and special guests Mýa and Chingy in concert performing live at The Devon Lakeshore Amphitheater on Saturday, August 21, 2021!