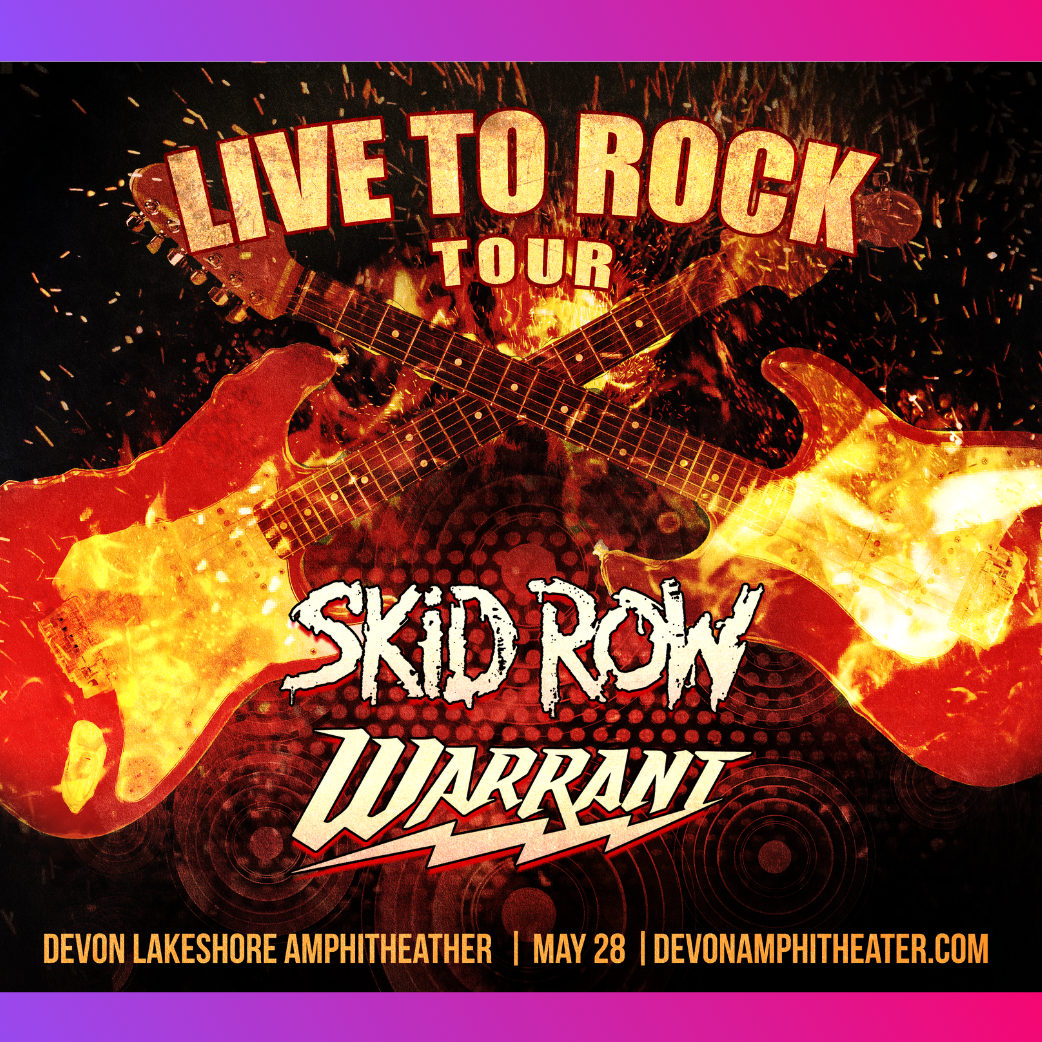 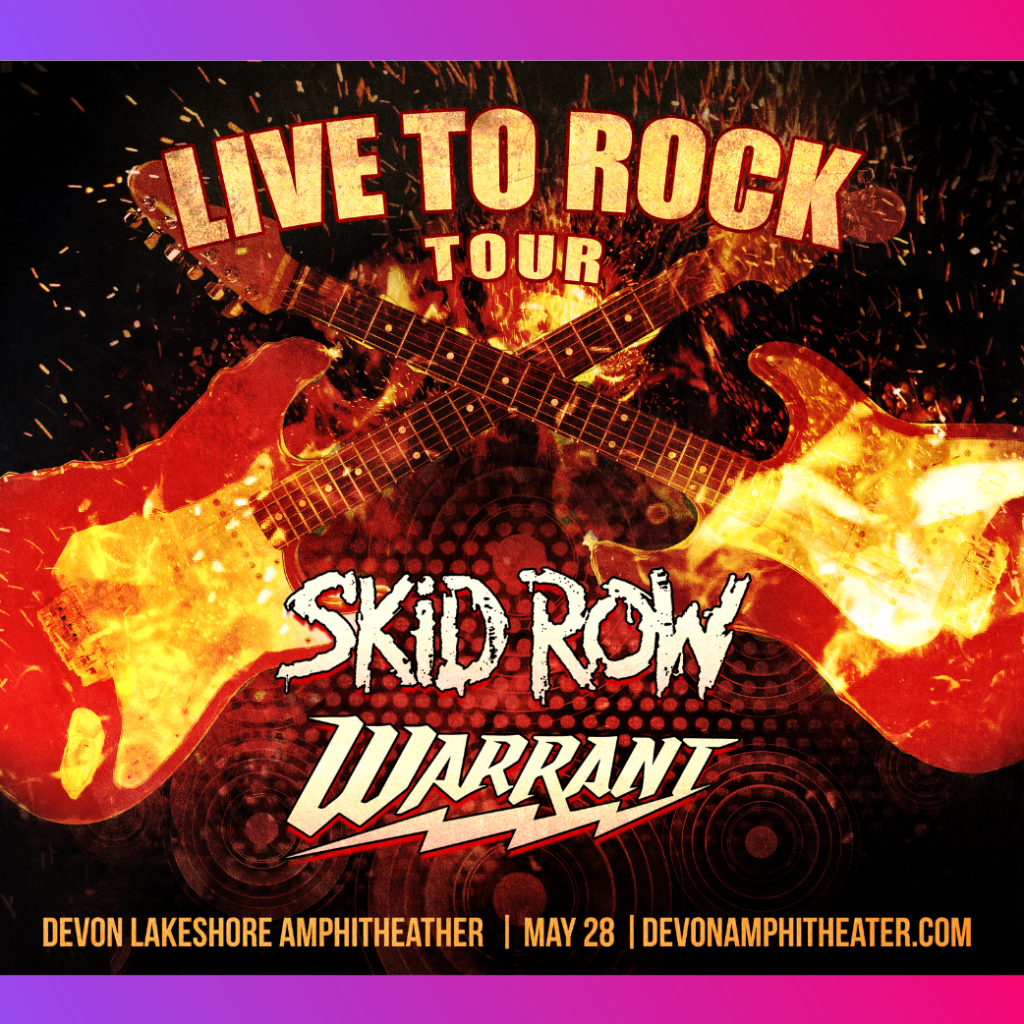 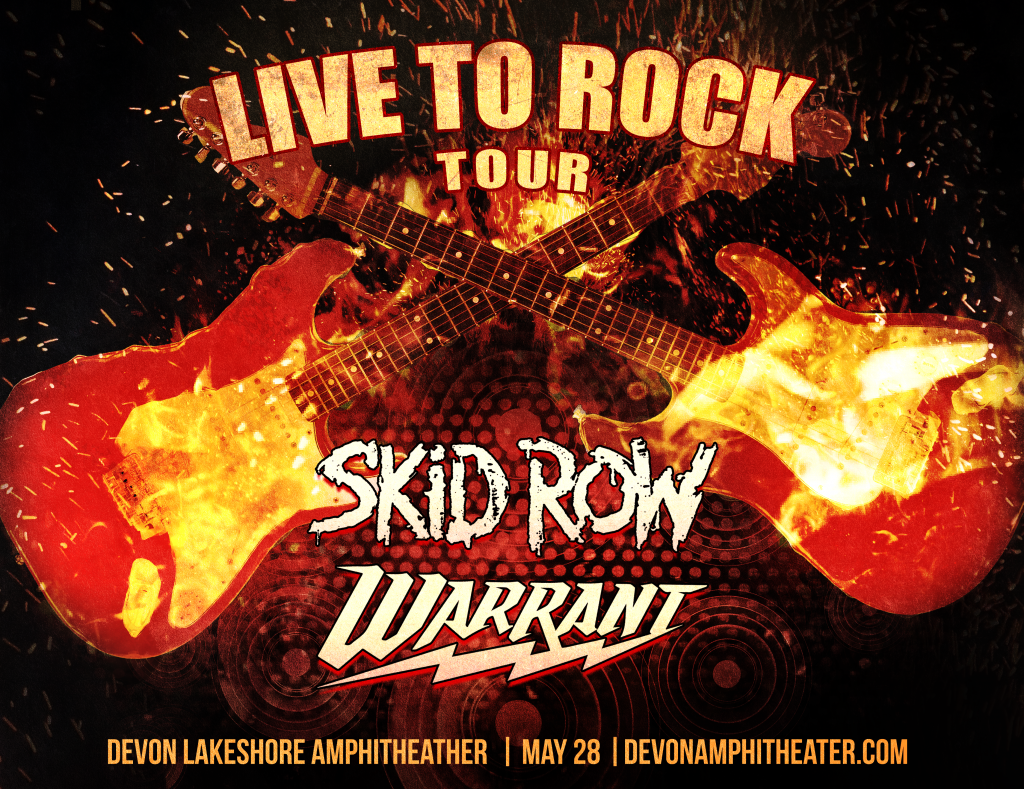 Skid Row: The first rebellion started in 1986. Hailing from New Jersey, Skid Row has since risen to the thrashy tune of top-ten singles, gold and multi-platinum sales and Billboard No.1 Album Slave to the Grind. Refusing to grow old, Skid Row’s combination of classic dual-guitars, charismatic vocals and “us-against-them” mentality, helped propel the band to lasting heights in the late 80’s, early 90’s and today.

Warrant: With a pair of double-platinum albums and three Top Ten singles, Warrant were one of the most popular pop-metal bands of the late ’80s. The band signed with Columbia Records in January 1988 and released Dirty Rotten Filthy Stinking Rich one year later; by that summer, it had climbed into the Top Ten and launched the hit singles “Down Boys,” “Sometimes She Cries,” and “Heaven,” the last of which reached number two on the American charts. Released in the summer of 1990, follow-up effort Cherry Pie was an even bigger success, climbing into the Top Ten and featuring the high-charting singles “I Saw Red” and “Cherry Pie”.