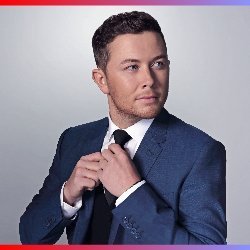 Scotty McCreery burst onto the national music scene in 2011, quickly establishing himself as one of country music’s hottest new stars. Now just a few years later, the talented singer/songwriter has album sales approaching 3 million; earned both Platinum and Gold album certifications; debuted three consecutive albums at No. 1 on a Billboard chart; achieved one Gold and three Platinum-certified singles as well as two Top Ten hits; won ACM, BMI and CMT Awards; and authored his first book.

After winning Season Ten of “American Idol” and capturing the hearts of millions of television viewers across the globe, McCreery released his debut album, which became the best-selling solo album released by a country artist in 2011. Indeed, he became the youngest man and first country music artist in history to have his first album debut atop the all-genre Billboard Top 200 albums chart.

That album, Clear as Day, was certified Platinum for sales of one million units in just thirteen weeks, and the first two singles from that album (“I Love You This Big” and “The Trouble with Girls”) have also since been certified Platinum. He won the New Artist of the Year Award at both the Academy of Country Music (ACM) Awards and the American Country Awards in 2011, and received the CMT Music Award for the USA Weekend Breakthrough Video of the Year for “The Trouble with Girls” in 2012. That same year, his Christmas album, Christmas with Scotty McCreery, was released. It debuted at No. 1 on the Billboard Top Holiday Albums chart and was quickly certified Gold.

His next album, See You Tonight, was released in October 2013 and debuted at No. 1 on the Billboard Country Albums chart. He co-wrote five songs on the album, including the first single, "See You Tonight," which was certified Platinum and became his first Top Ten hit. The song would go on to earn McCreery his first BMI Award for writing one of the “Top 50 Country Music Songs of 2015.” Soon after its release, he won the Breakthrough Artist Award at the 2013 American Country Awards. Around the time he turned 21 in 2014, “Feelin’ It” became his second consecutive Top Ten hit and was later certified Gold in 2015. That same year, McCreery released his fan-favorite single “Southern Belle” with an accompanying music video that quickly topped GAC’s “Top 20 Countdown.”

Soon after being named “Country Music’s Sexiest Man” by the readers of NASH Country Weekly Magazine, McCreery released his first book, Go Big or Go Home: The Journey Toward the Dream, in May 2016. In the book, which he called a “travelogue – not an autobiography,” the talented performer shared stories from his life and lessons learned along the way.

McCreery performed a new song, “Five More Minutes,” on the Grand Ole Opry in June 2016. The song was put up on the Opry’s You Tube Channel and became both a fan and internet favorite. The performance earned him the Rare Country Award for Opry Moment of the Year in Dec. 2016. Since then he has charted two #1 singles - "Five More Minutes" & "This Is It" off his latest album Seasons Change. His latest single, "In Between" released on April 1 and has been quickly climbing the charts.