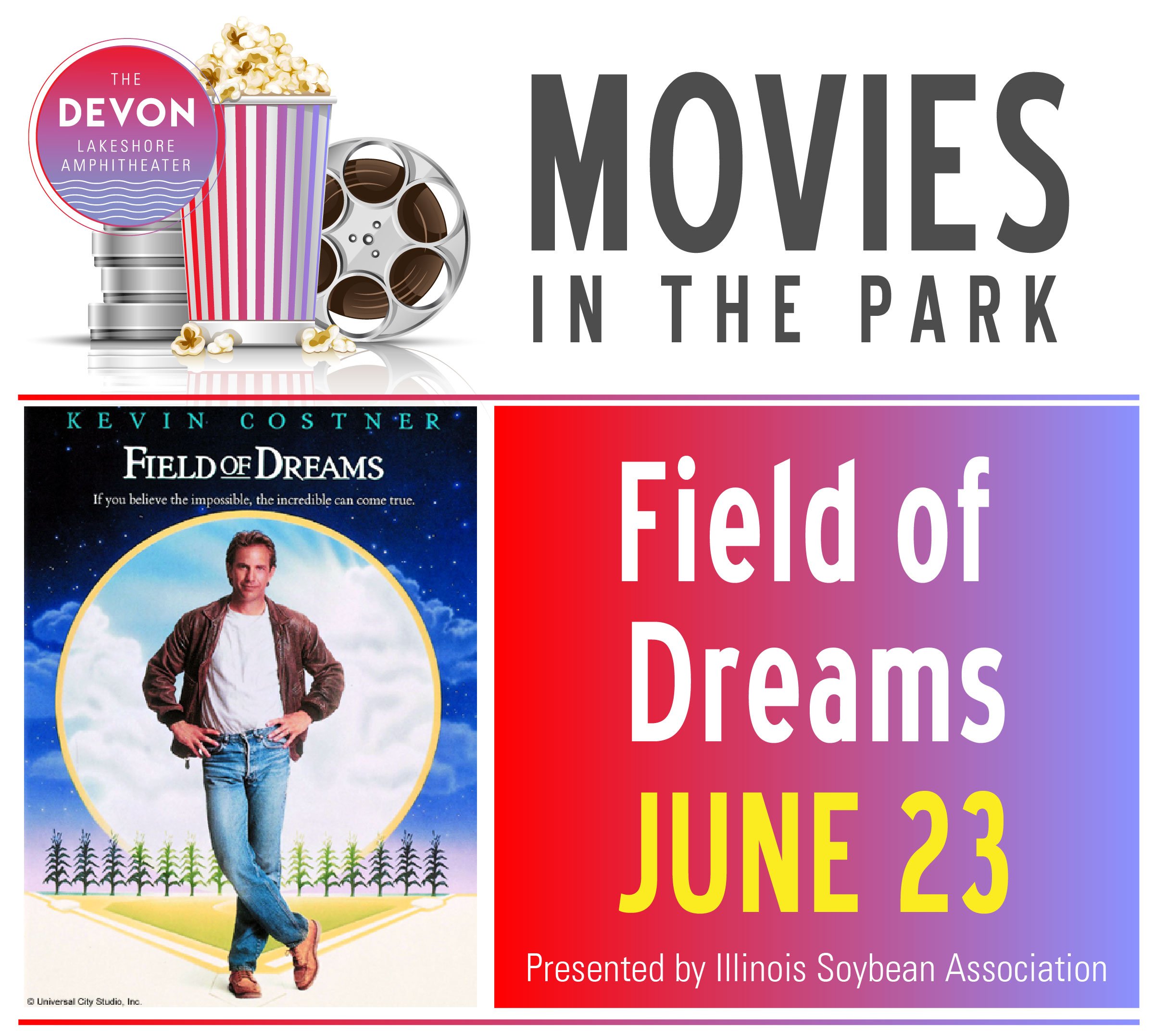 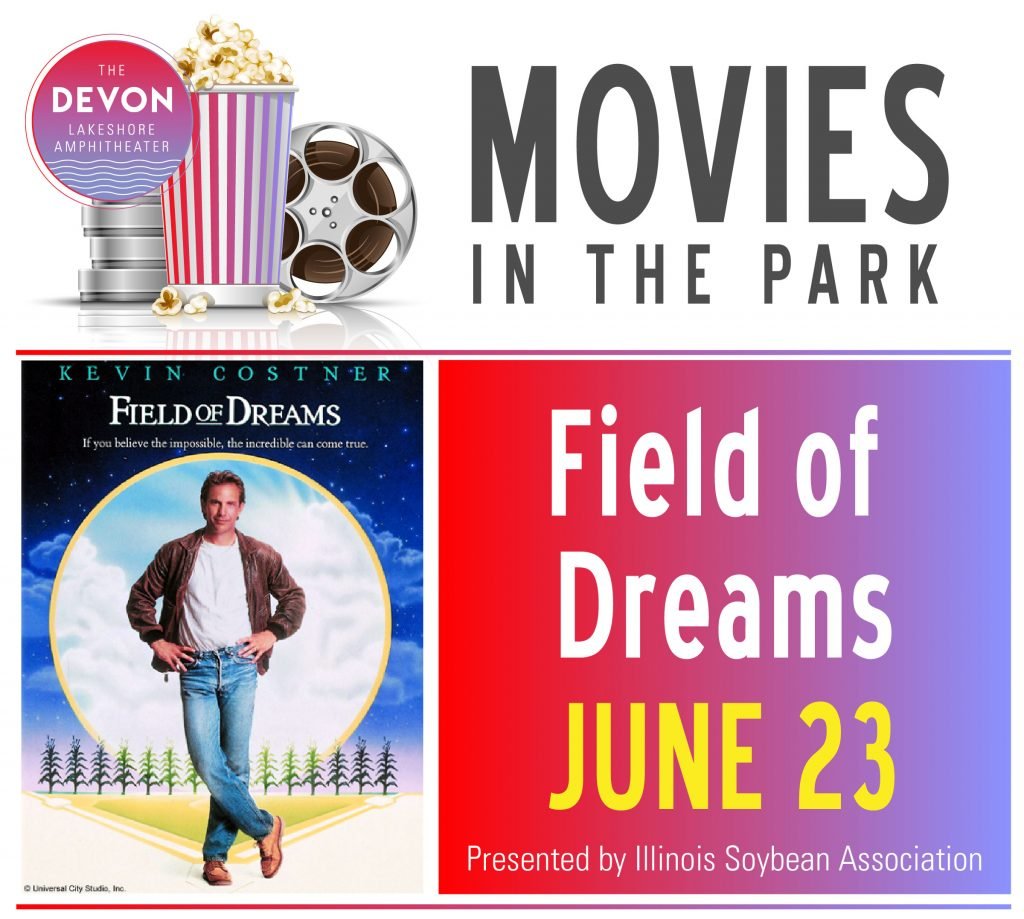 Join us for a free showing of Field of Dreams presented by the Illinois Soybean Association. The film is rated PG with a run time of 1 hour 47 minutes. The movie will begin at dusk, but wear your favorite baseball team apparel and arrive early for a chance to win fun prizes.