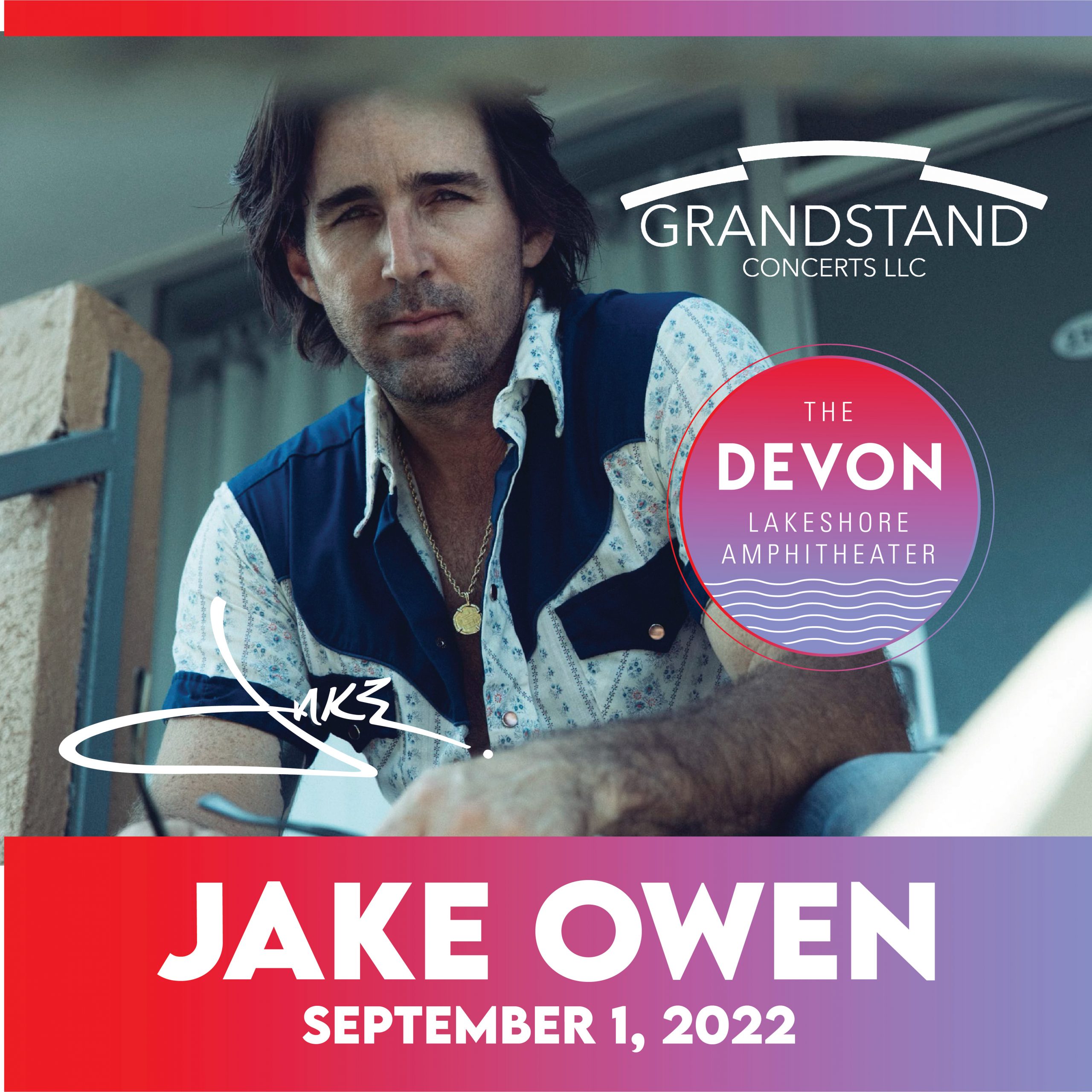 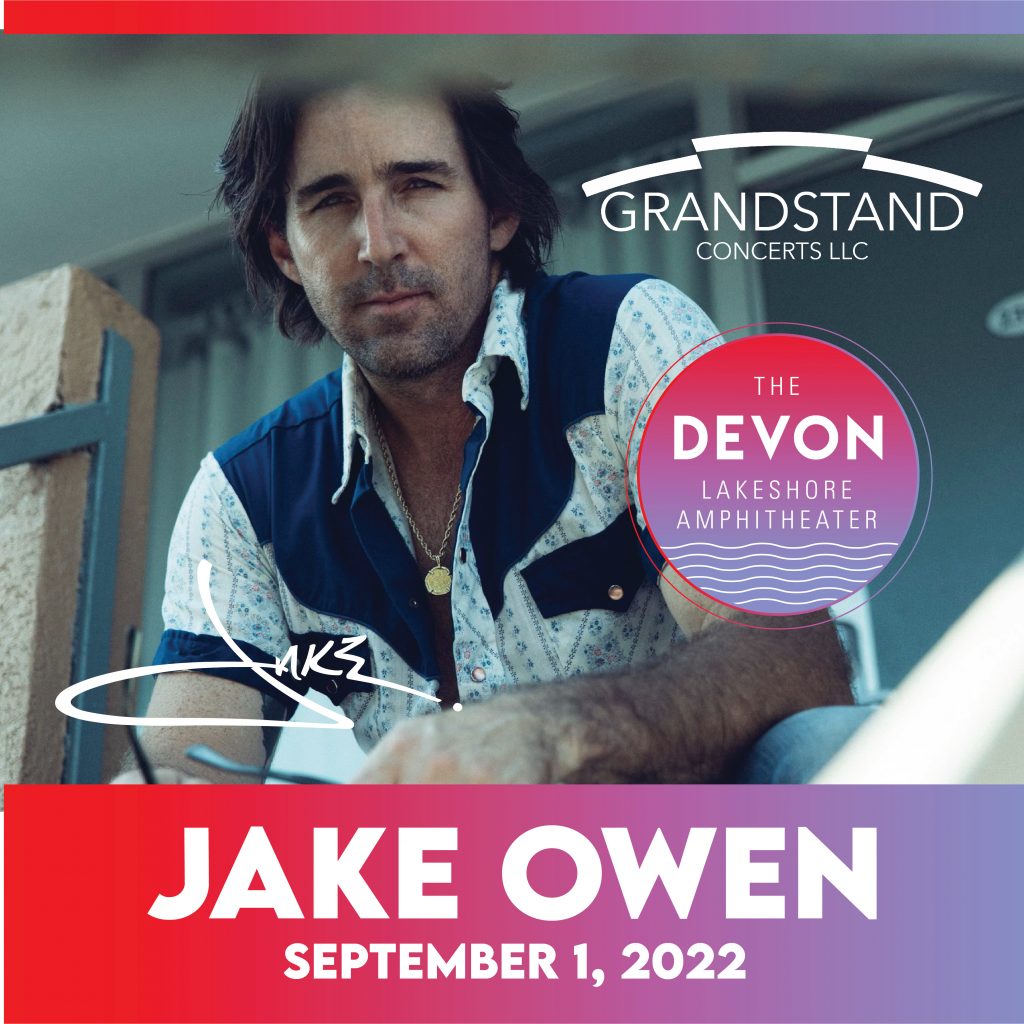 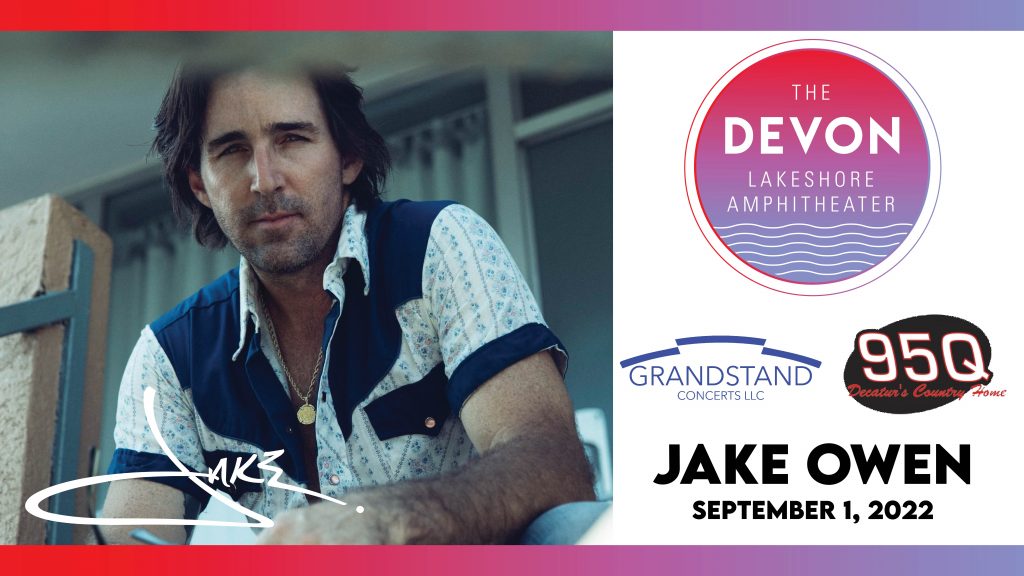 Produced in partnership with Grandstand Concerts

Multiple chart-topping singer/songwriter Jake Owen’s 2020 single “Made For You” rapidly climbed the Billboard Country Airplay charts and apexed at #1. With nine number-one songs to his name, “Made For You” followed Owen’s fastest-rising career number-one single, “I Was Jack (You Were Diane)” and most recent #1 single, “Homemade.” His current single on the country airwaves is titled “Best Thing Since Backroads.”

Owen’s songs have resonated with listeners and audiences everywhere with 2X PLATINUM anthem and Most Played Song of the Decade “Barefoot Blue Jean Night,” PLATINUM-certified hits “Beachin,’” “Anywhere With You,” “Alone With You,” “The One That Got Away,” and GOLD-certified “American Country Love Song.”

Owen’s sixth studio album, GREETINGS FROM… JAKE produced three Top 10 singles, including two #1 singles and his current top 30 and climbing “Made For You.” Signed to Big Loud Records, Owen is reunited with award-winning Joey Moi, who helped produce his breakout Barefoot Blue Jean Night album, which landed at #1 on the Billboard Top Country Albums chart and garnered four consecutive #1 hits. Owen is currently joining Moi in studio once again as he records his seventh studio album.