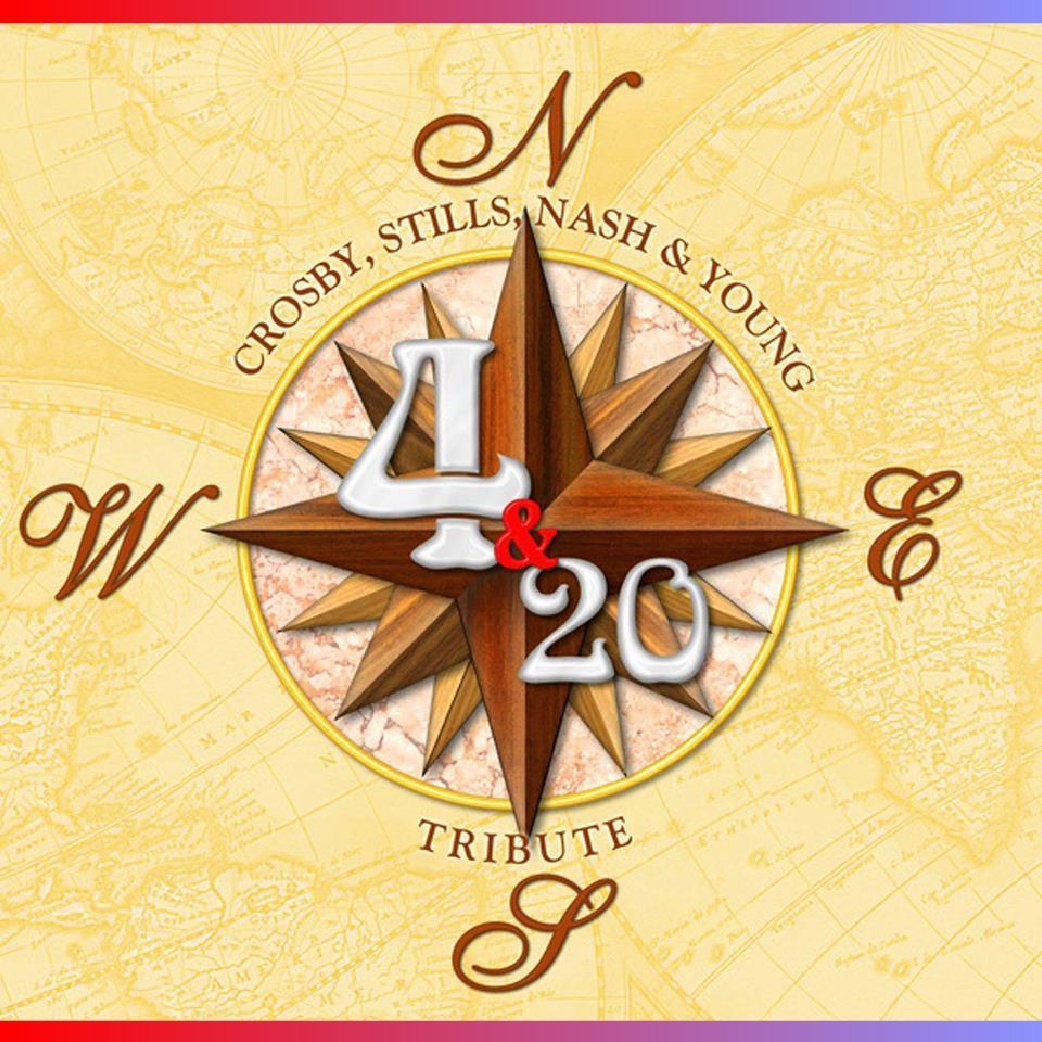 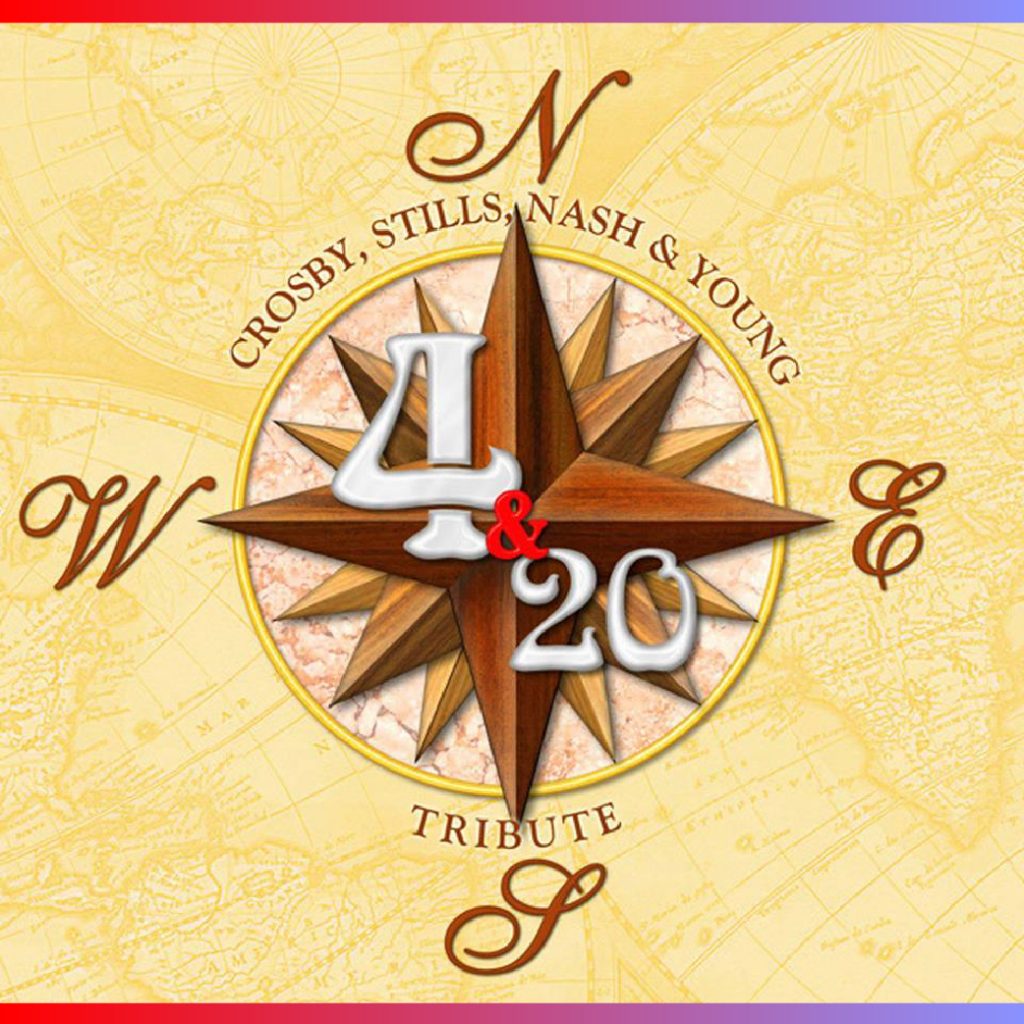 4&20 - A Tribute to Crosby, Stills, Nash & Young has been entertaining crowds across the country for the past several years and truly recreates the sounds and songs of one of the prolific groups in rock history.

The idea for this band, besides the great music of Crosby, Stills, Nash & Young of course, came from the fertile mind of John Mondin, during an inspired conversation with Scott Nienhaus, who like Mondin, is a world class guitarist, as well as multi-instrumentalist and singer. Now 8 years later.....

4&20~a tribute to CSNY, has evolved into an epic production, taking it's audiences back to the heyday of the Woodstock Generation!!

All of the arrangements, harmonies, and intricate guitar tunings are accurately performed by this amazing group of musicians, directed by Scott Nienhaus whose former band Acousticity, used to draw tremendous crowds in the St. Louis area, performing much of this material. Nowadays Scott works with Terry Jones Rogers in their duo Rogers & Nienhaus, as well as their other bands, Younger Than Yesterday and The Real Macaws, now with 4&20!! Tim Politte, who was the drummer in Acousticity, and is the drummer with Younger Than Yesterday and The Real Macaws, is also the drummer in 4&20. On percussion and vocals is R. Scott Bryan, formerly with Sheryl Crow, and on tympani drums is Madison Thorn, who is also a world class photographer! On keyboards is Bill Murphy, an exceptional player, who also works with Rogers & Nienhaus Band, as well as Younger Than Yesterday and The Real Macaws.

Now, back to John Mondin, and his great idea... which was to merge his band, The Mondin Band with Scott, Terry, Tim, Bill, R. Scott and Madison to form 4&20.The Mondin Band, featuring John Mondin and Paul Graves, is a great band based in the STL area, who have been wowing their audiences for years, playing everything from Frank Zappa to Steely Dan to the Allman Brothers Band, with an authenticity that only comes from years of devotion to music, and the music of this era! Led by former Soulard Blues Band member, John Mondin, an amazing guitarist, who is in demand in the studio as well as the stage.